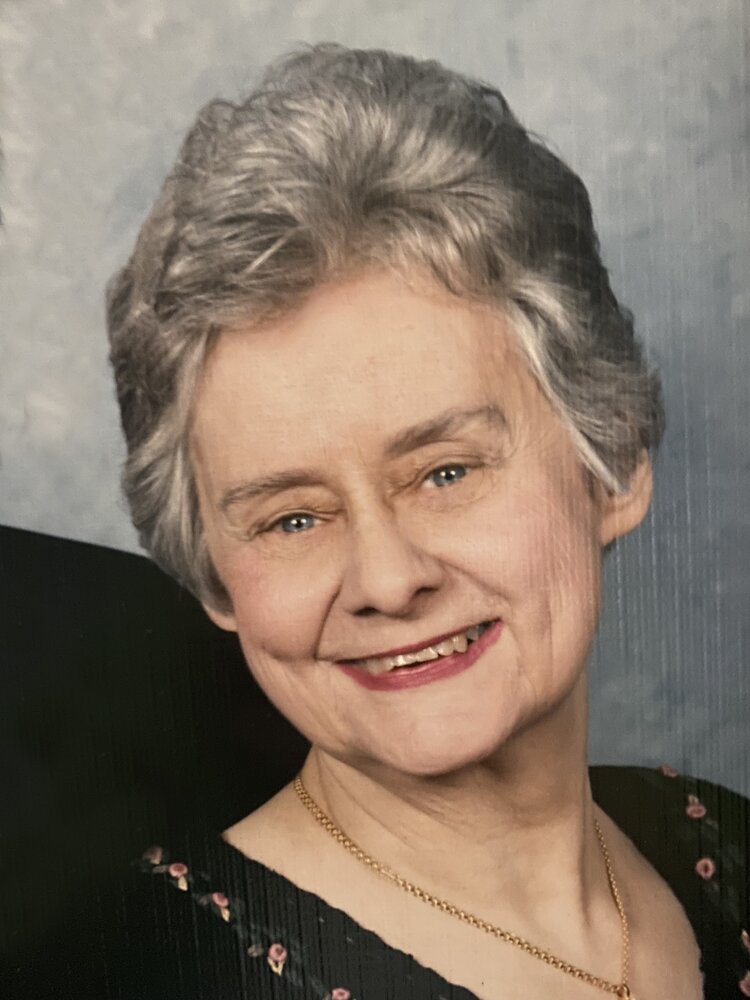 Penfield - Joan Flynn Fleckenstein passed away on October 26 at age 89 following a heart attack. Born in Niagara Falls, Ontario Canada, she was the youngest child of George and Jeannette Flynn and was predeceased by her sister Helen and brother George.

Joan emigrated to the U.S. and graduated from the Rochester Institute of Technology. She worked as a graphic artist prior to her marriage, and had a lifelong interest in creating art of all media. She was a communicant of St. Joseph’s Church and a volunteer for more than 25 years doing programming at the Rochester Psychiatric Center and a donor of artwork to WXXI Public Television. She had a green thumb, appreciated museums of all types, and enjoyed researching the Great Lakes and her ancestor Ship Captain John FitzGibbons. She encouraged creativity in her children and others.

She is survived by Lee, her husband of nearly 60 years; by children, Leah (Jay), Luke (Cristy), Maura, and Sheila (Oliver); by her grandchildren, Nathan, Bennett and Avery Caldwell, Lauren, Linden and Ryan Fleckenstein, Julian and Flynn Wilcox; her sisters-in-law, Mary Grace Beck and Alice Gusherowski; 12 nieces and nephews; as well as honorary family members who knew her as “Aunt Joan.”

No prior calling. A Memorial Mass will be celebrated at 11 AM on Thursday, November 4 at Saint Joseph’s Catholic Church, 43 Gebhardt Road, Penfield, New York. In lieu of flowers, donations may be made to Dimitri House, Lollypop Farm or your charity of choice.