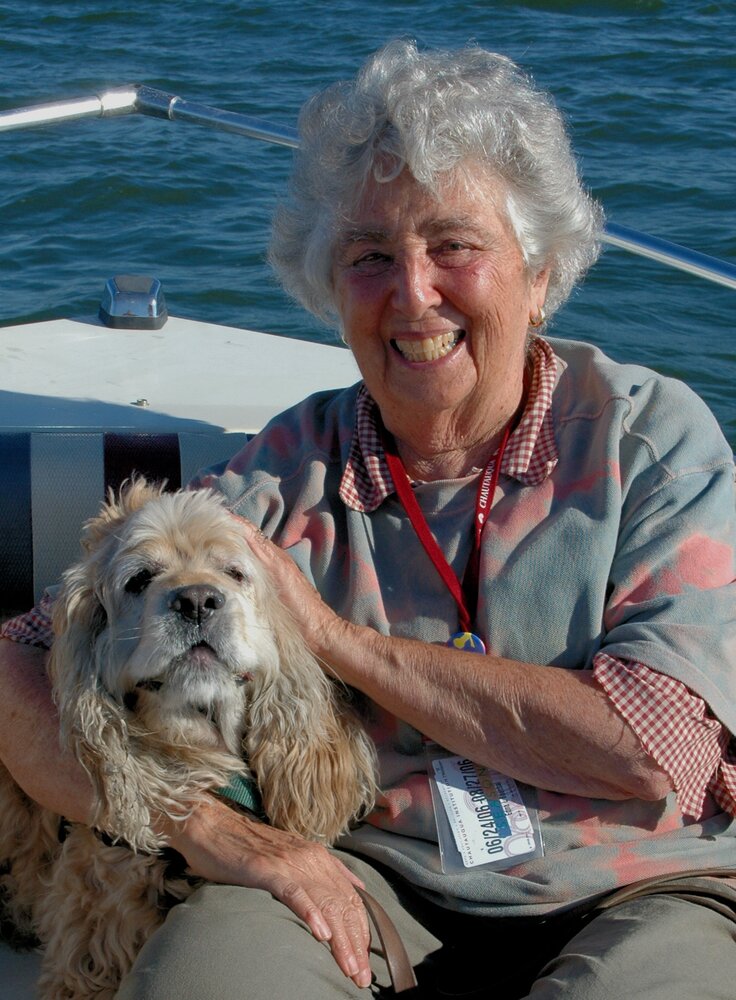 Born at the Flower Hospital in New York, New York in 1924, Edna L. Bouchal rapidly grew into a promising artist whose eclectic and distinct style was manifest across a wide range of media including ceramics, sculpture, weaving, painting and, most importantly, through the sketches she created while attending more than six decades of morning lectures at the Amphitheater in Chautauqua Institution. Edna recently celebrated her 97th birthday before passing away several days later on August 29th in Penfield, New York.

At one point in her final days, with music from the 1940’s playing in the background, and despite lying in a bed from which she would never rise again under her own power, Edna wanted to dance, took her son’s hands in hers and swayed them gently back and forth as if dreaming that she was once again being held in the arms of her late husband, Alexander W. Bouchal who died in 1992. It was one of many beautiful moments that marked the end of her very full life.

A proud graduate of Mt. Holyoke College, Edna studied Art with Henry Rox and was also cast in a number of theatrical productions, often playing the male lead. Her passion for art and performance served her well during her many years as an art educator in Fair Lawn and Summit, New Jersey where she met and mentored other faculty members. One of them recently recalled that: “She was a very beautiful person, a real mensch. In addition to being beautiful she created beauty.”

An active athlete from early childhood and far into her later years, Edna’s decades of swimming and tennis might explain, in part, her longevity. Then again, it would be foolish to rule out the contribution of the never ending parade of dogs and other pets that populated her life. It was rare for a week to go by following the loss of one of her canine companions that a new one hadn’t been brought home.

Described as someone with pizzazz and moxie, and who exemplified the women of America’s Greatest Generation, Edna’s wicked sense of humor and uncontrollable habit of wisecracking through tough times as well as the good, will remain cherished memories and provide a roadmap for how to keep laughing right to the very end. That was Edna, full of life until the moment when the spark was no longer there. Brilliant even as the flame burned down.

Thankfully, family and friends were there to support Edna and each other as the end neared. Not surprisingly, it’s as if Edna had choreographed her own final days knowing we’d all be present to celebrate her longevity, her life and the love that will continue to bind us together throughout time.

A gathering at the Chautauqua Cemetery is being planned for next summer. Edna’s children, Anne (&Jim) McMonagle and Robert Bouchal, along with Edna’s grand and great-grandchildren and their families, hope the day will be filled with more joy than sadness as they celebrate the life of a remarkable and unforgettable matriarch.

Share Your Memory of
Edna
Upload Your Memory View All Memories
Be the first to upload a memory!
Share A Memory