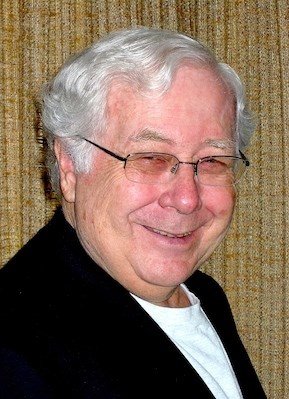 Paul Lewis Ruben of Penfield passed away on 07-12-2021 at age 84. He was predeceased by his parents, Harrry and Rose Ruben. Paul is survived by his daughter, Dr. Cherie Ruben (David Green) of Derby, NY, son, Joel (Abbey) Ruben of Fairport, NY, grandchildren, Maisa and Zoë Ruben, and brother, Arnold Ruben (Sandra) of Pittsburgh, PA., a niece, Naomi Pittle, her husband, Dr. Howard Pittle, and two great nephews, Harrison and Merritt, all if Pittsburgh, PA.

Paul was a BS and MS graduate of the University of Rochester's Institute of Optics. He was an optical engineer and lens designer at Bausch & Lomb, 3M Wollensak, and Eastman Kodak before becoming an independent consultant in lens design. His work resulted in 41 patents in the fields of zoom lens systems, photographic objectives, projection lenses, visual systems, and microscope objectives, and six published papers. During his 29 years at Kodak he designed the lens systems found in several generations of Pocket Instamatic cameras, available light movie cameras, zoom lenses for movie cameras, and the optical systems in Kodak Instant Cameras. As an independent he developed an ultra micro miniaturization lens that led to the development of tiny computer chips. He was an emeritus member of the Optical Society of America.

Paul simultaneously launched a second career as a writer/editor about the amusement industry. Since he began visiting parks at age 5, he had visited nearly 400 parks worldwide and traveled an estimated 10,000 miles on more than 910 different roller coasters. He was a frequent speaker to civic groups and a guest on TV programs discussing roller coasters. He served as Associate Editor of Amusement Park Journal for nine years, Editor of RollerCoaster! for four years, and since 1989 was North American Editor of Park World. He was a member of the American Coaster Enthusiasts.

As a young man growing up in Niagara Falls, NY, Paul spent summers selling ice cream, then as a tour guide around the Falls. He was a skilled water skier, usually on the upper Niagara River. Paul was also an accomplished bassoonist, playing with both the University of Rochester and the Niagara Falls Symphony Orchestras. An avid tennis player, he played winters at the Rochester Tennis Club and summers in the Penfield Sunday morning tennis league. He was also a founding member and past president of the Penfield Rangers Soccer Club.

Share Your Memory of
Paul
Upload Your Memory View All Memories
Be the first to upload a memory!
Share A Memory