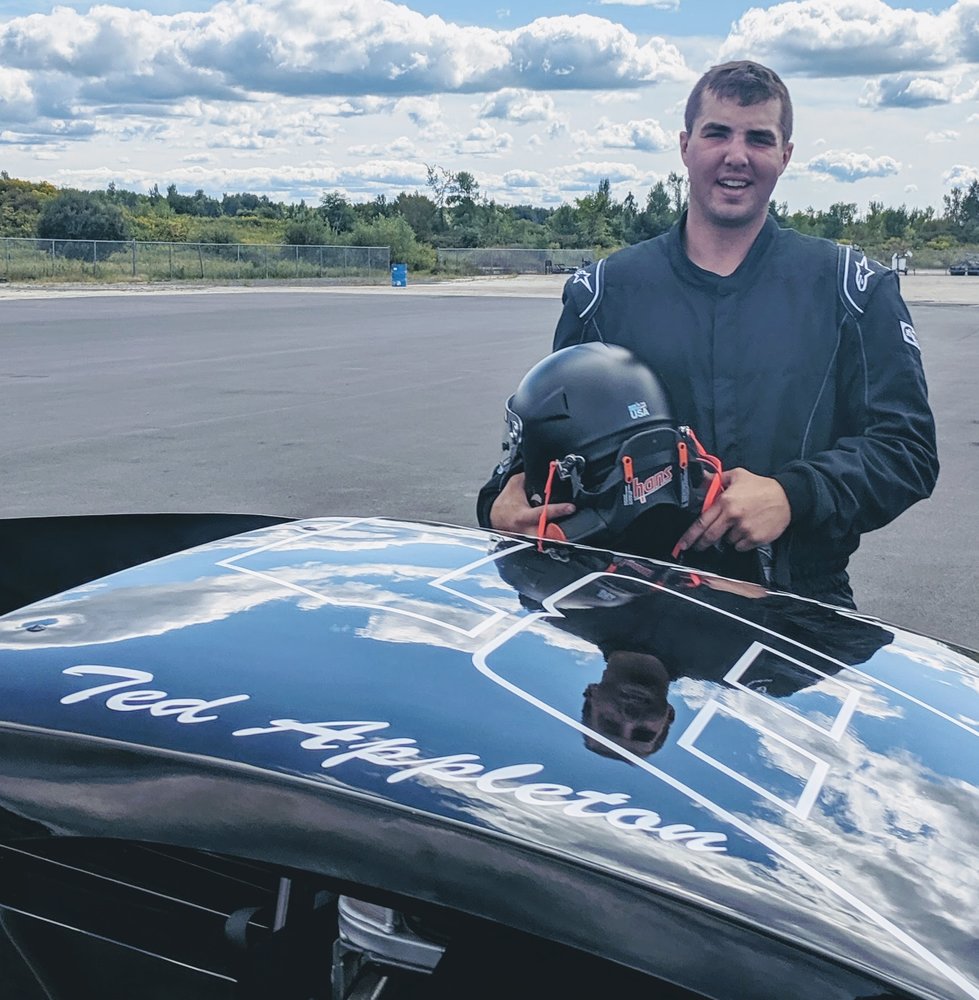 Theodore “Ted” James Appleton (1/14/1993 – 5/5/2020) of Byron. Ted is survived by his loving parents Donald and Katherine, his sister Kelly, and his feisty cat Pablo. He is also survived by his grandmothers Jean Appleton & Anita Dziekan, aunts, uncles, cousins, many friends, and a loving community at the Church of Incarnation in Penfield. Ted is predeceased by his grandpa Ralph Appleton, “Papa” Richard Dziekan, and cousin Ryan Sutherland. Remember Ted for his passion for life, witty sense of humor, and contagious laugh. He lived life like he wasn’t saving it for later—something we all should try to do a little more of. He had an eye for photography, was a thoughtful gift giver, loved fishing, hunting, and most of all NASCAR and auto racing. In 2019 he achieved his lifelong dream of becoming a racecar driver when he purchased, built, and began racing his own modified stock car. Thank you Chris Finocchario for making his dream come true. Ted graduated from Penfield High School in 2011 and from the State University of New York at Plattsburgh in 2014 with a double major in business and marketing. He received numerous awards during his time there and was the proud president of the Plattsburgh Bass Fishing Team. Although he was a businessman by trade, he had a natural mechanical sense and could fix anything you put in front of him. He enjoyed the opportunity to live and work on his cousin Joe’s farm, and had work ethic and wisdom beyond his years allowing him to excel in his career. Following a head injury resulting from a motor vehicle accident two years ago, recent health problems, isolation due to the coronavirus, and after many years of fighting to feel better, his depression became too painful. In memory of Ted, call a friend. If you are depressed, talk about it—there is no shame in asking for help. A celebration of his life will be held at a later date when physical distancing protocol is lifted. In lieu of flowers please consider making a donation to The NASCAR Foundation (nascarfoundation.org) that partners with Make-A-Wish to make dreams come true. Check back for updates on a virtual service that will be held in Ted’s honor. Now let’s go racing!

Share Your Memory of
Theodore
Upload Your Memory View All Memories
Be the first to upload a memory!