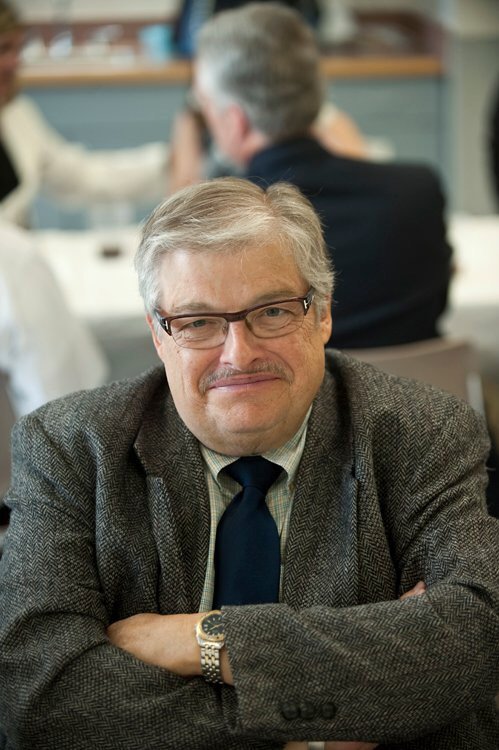 Stephen S. Fairbanks, 77, of Penfield, NY passed away on Easter Sunday, April 12th due to a variety of health issues including post-polio syndrome. Predeceased by his mother & father, Marge & Hutch Fairbanks, and his brother, Stanley. Survived by Linda Fairbanks, his wife of 45 years, son Andy Fairbanks, daughter Becky (Michael) Ross, and grandson Wesley Ross. Services will be held at a later date due to the current restrictions on travel and gatherings. Born and raised in Penfield, NY, Steve was a graduate of the Penfield High School Class of 1960, and attended Castle Heights Military Academy and Austin Peay State University thereafter, spending most of his subsequent professional life in Sales and Banking. As a child he endured the iron lung, but survived his bout of Polio and lived a life with far more happiness than strife. Nicknamed "Slow Mo" in his later years, his walking speed may have clocked a few MPH below the speed limit, but he never lost his wit, and was as sharp and full of humor at the end as he was for his entire life. He lived a full life, maintaining passions for golfing, silliness with growing kids, laughter with friends, and 45 years of loving marriage. He made time to dress as a clown and spread his inappropriate humor to hospital patients who needed it most - and always made sure to walk out of the room flashing you his “bare butt” he had strapped under his coat tails. His loyalty to the Buffalo Bills was religious and unwavering, maintaining optimism every season in spite of their consistent futility. He delivered inappropriate jokes with a perfection which induced a chuckle from even the staunchest of puritans. He played the trumpet and always enjoyed brass music of all stripes. He was truly a loving husband, a generous father, and a doting grandfather. Memorial donations may be made to: Rochester Philharminic Orchestra https://my.rpo.org/donate/contribute1 Lollipop Farm https://www.lollypop.org/get-involved/give-today/honor-remember-gifts-of-love/

Share Your Memory of
Stephen
Upload Your Memory View All Memories
Be the first to upload a memory!