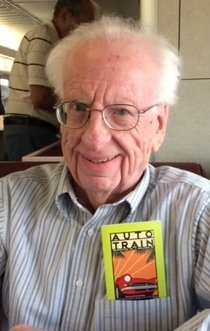 Terry J. Donovan of Penfield passed away unexpectedly on June 17, 2019 at age 85.  He was predeceased by his beloved wife of 63 years, Gretta, sister, Velma Hoffman. Terry is survived by his children, Lynann (Tony) LaFountain, Michael Donovan; five grandchildren, Jennifer and Stacey LaFountain, James (Nikki) Donovan, Kevin (Emily) Donovan, and Kyle (Jessica) Donovan; five great-grandchildren, Ava and Adyson Larwood, Rowan and Archer Donovan, Samantha Donovan; brother, Dennis R. Donovan; sisters-in-law, Betty Howe and Linda Medina; brother-in-law, Gary Ayers; niece, Lori Hoffman; and all of the extended families thereof.
Born on March 18, 1934 to James and Velma Donovan. He was a hard worker, tenacious, his family's foundation and a dedicated provider. There wasn't anything he couldn't do, though cooking was not at the top of his list.  He was the best of all of his family.
Friends may call at Jennings, Nulton & Mattle Funeral Home, 1704 Penfield Road, Thursday 4-7PM, where a Funeral Service will be held Friday 11AM. Interment, White Haven Memorial Park. Those wishing may direct donations to the Honeoye Lake Watershed Task Force in Terry's memory.

Share Your Memory of
Terry
Upload Your Memory View All Memories
Be the first to upload a memory!