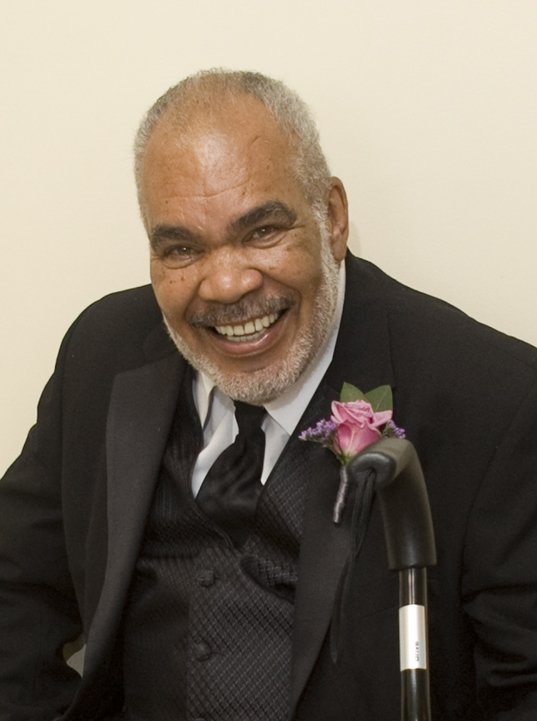 Friends are invited to a Memorial Service for Ernest, Saturday February 16th, 11AM at Asbury First Methodist Church, 1050 East Avenue, Rochester. In lieu of flowers, kindly consider donations to the American Cancer society in his memory.

Ernest was known for his positive outlook on life, great smile, and deep, smooth “broadcaster’s” voice. His love for his wife, family and friends was always apparent. He was an avid fisherman and hunter, and talented watercolorist.

Ernest was born and raised in the loving home of his parents, Clarence and Mattie Barnes in St. Louis, MO. His mother was a painter and encouraged Ernest with his art throughout his school years. It was engineering, however, that Ernest chose as his life’s work for more than fifty years. After graduating from Sumner High School in St. Louis, he spent one year at Stowe Teachers College before entering the United States Air Force in 1956. While stationed in England, he managed to further his education at Oxford University.

Ernest returned home to St. Louis, MO in 1959 where he enrolled in Washington University, studying engineering and architecture. In 1962, he began work at Sverdrup & Parcel, a world-class engineering firm atf the time, where he was one of only three minority employees. As an engineer in the Structural Design Section, he was always respected and honored for his work ethic. While working at Sverdrup, Ernest continued to take advanced drafting and structural design courses at Washington University, and later earned his bachelor’s degree. Ernest contributed to many notable projects in the St. Louis area during his time at Sverdrup such as the Poplar Street Bridge and the first downtown Busch Stadium.

Ernest married Juanita James in 1965. He left Sverdrup and St. Louis that same year, and went to work for Caterpillar Tractor Co. in Peoria, IL. Ernest and Juanita would later move on to Oklahoma City, OK, where he started his career with Xerox. It was his work at Xerox that led him to Rochester, NY, in 1966, where he and Juanita raised their sons Michael and Marcus. In Rochester, Ernest found plenty of fish to catch and wild game to hunt, becoming an active member of the Falcon Trap and Game Club in Mumford, NY. He loved camping with his family and teaching his boys to fish.

As an Engineer/Draftsman at Xerox, Ernest designed equipment to enable automated manufacturing in the Worldwide Manufacturing Operations, improving quality and productivity. Then as a Quality Engineer in Procurement, Ernest was the interface for all aspects of quality for Xerox part components, kits and assemblies for the worldwide supplier base. He later became a Xerox Business Process Trainer for its North American Manufacturing Division, as a member of the team that led the roll out of organizational effectiveness tools.

Ernest’s wife, Juanita, passed away in 1996 and he later retired from Xerox in 1998. At a friend’s suggestion, Ernest took some art classes at the Rochester Memorial Art Gallery, which reignited his passion for watercolor painting. He began to explore various styles, capturing landscapes, animals, buildings, and people. Ernest exhibited his artwork with the Irondequoit Art Club, the RepARTee Gallery in Penfield; and in the Hudson Valley at the Hudson River Maritime Museum, Tivoli Artists Cooperative, and Hudson’s B.A.F.A. Gallery. In 2010, Ernest illustrated the children’s book, The Stolen Adventures of Jennifer Wallawallabingbang by Gretchen R. Volk. At the Eastside YMCA in Penfield, Ernest donated his paintings for the Annual Art Auction to benefit the YMCA.

Ernest and Ann found each other in 1998, and later married in 2000. Together they enjoyed the outdoors with frequent trips to Hudson, NY to visit Ann’s over 200-year-old family homestead. Ernest loved fishing for shad and striped bass in the Hudson River, and hunting for deer, goose, turkey and duck in the woods and streams near the Gardner Family farm. Ernest and Ann’s travels took them to Alaska, where Ernest caught a prized 151 lb. halibut in the Pacific Ocean, and to New Zealand to visit family. Ernest enjoyed exercising at the Eastside YMCA, where he also enjoyed morning coffee and chats with his many friends.

Ernest passed away peacefully at home on January 28, 2019. His presence among us, warmth, smile, deep voice, and his love for life, family, and friends will be sorely missed, but remembered and loved forever.