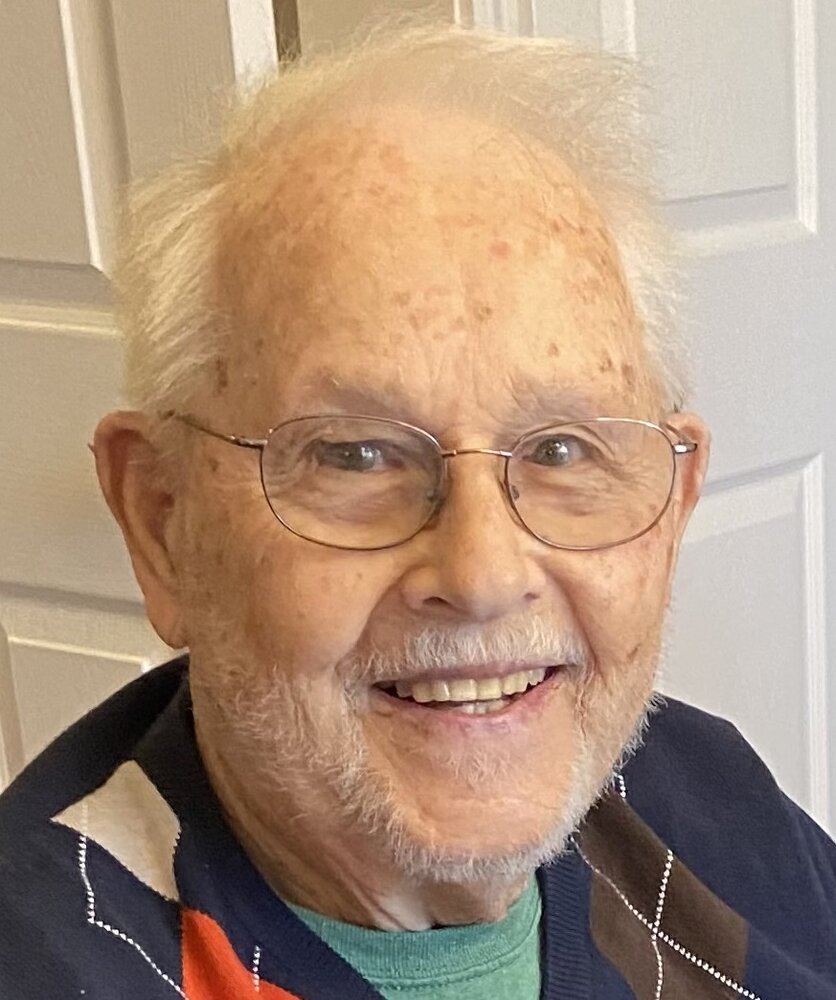 PENFIELD - Passed away at age 92 on 1/4/2023 after a long and successsful life. He was a proud veteran of the Korean War and an alumnus and huge fan of Ohio State University. He worked as an optometrist at Kodak for 29 years and was a resident of Penfield for 57 years.

John was predeceased by his loving wife of 63 years, Patricia Pemberton, his daughter, Nancy Ricciardi, his brother, Robert Guthrie, his brother-in-law, George (Cherie) Pemberton and his son-in-law, Robert Malley.

He is survived by his children, Laurie Guthrie, Joan Malley and James Guthrie. He was greatly loved by all including his grandchildren, Stephen (Chelsea) Malley, Megan Oplinger, Allison (Ramon) Mendez, Cynthia (Jesse) Whitney and Jillian (Stuart) MacKay as well as 6 great grandchildren, Chloe, Claire, Vivian, Will, Ollie, Archie and one on the way in April; sister, Marjorie Marsh, his sister- in-law, Cathy (Robert) Crosby, his brother-in-law, James Pemberton; several nieces and nephews and his beloved dog, Gracie.

Calling hours will be held on Monday, January 9, 2023 from 3-7 pm at the Jennings, Nulton & Mattle Funeral Home, 1704 Penfield Road, Penfield. John’s Funeral Mass will be on Tuesday, January 10 at 11:00 a.m. St. Joseph’s Church, 43 Gebhardt Road, Penfield. Interment will be at Oakwood Cemetery in Penfield.

Donations may be made to the Veteran’s Outreach Center, The House of Mercy or Lollypop Farm in his memory.