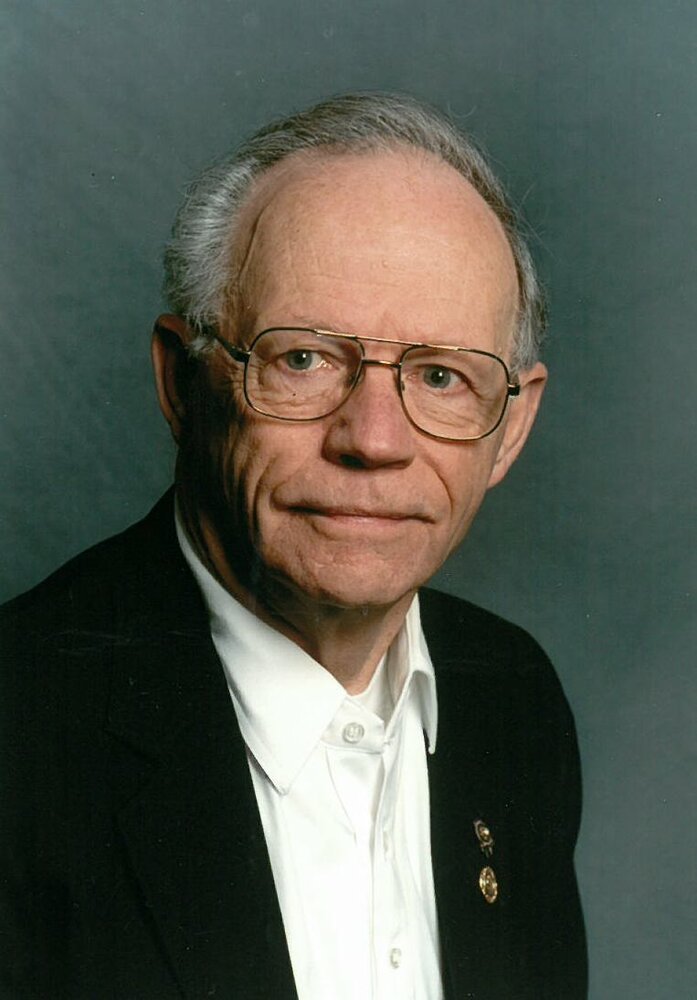 Bill was born at Highland Hospital and raised in Rochester NY where live most of his life near the University of Rochester on Frost Avenue with his mom, Ruth and dad, Francis. He played trumpet in the Highland Park Band where his dad, Francis Pethick conducted the band for many years.  Bill graduated Rochester City School district High School #19 in 1946. He met Rose early in life on a double date. Bill and Rose just celebrated 67 years together last Saturday.

Bill received his Bachelor of Architectural Engineering from Penn State University in 1961 after serving in the US Army Signal Corps. He held his Architectural License in New York from 1969 to 2021 and in Florida from 1983 to 2007. Bill had many notable architectural projects and prestigious positions in the Rochester area. In the early ‘60s he worked at Lorscheider & Genga Architects and Engineers as a Designer, the firm then expanded to Walzer, Miller & Genga, Architects, Engineers and Planners where he continued his architectural, structural and site work design. In the early ‘70s, Bill worked as Coordinating Architect of a fast track team at Corgan & Balestiere. From there he was recruited by Brennan & Knutowicz, Architect PC, as Vice-President and Director of Professional Corporation. Here he was the Project Manager for one of the more distinctive buildings in the Rochester Skyline, First Federal Plaza. The round top was a revolving restaurant called Changing Scene for many years. In 1980, he joined Passero Associates, PC as a partner. Bill ended his distinctive professional career at the University of Rochester as a Project Manager, responsible for managing new construction and renovation projects including the building that houses the U of R’s Laboratory for Laser Energetics.

One of Bill’s greatest passions was the Penfield Rotary Club; “Service Above Self”. He joined Penfield Rotary in 1977 and held nearly all offices of Penfield Rotary. Bill chaired the Rotary Four Avenues of Service, represented Rotary at the Wegmans LPGA tournament for many years and sat on the District 7120 Governor Nominating Committee. He has also served as Club Treasurer, Club President and most recent, Club Secretary for over 10 years. Bill received his Paul Harris Fellow in 1984 in recognition of major contributions made to The Rotary Foundation.

At large part of Bills life was at Third Presbyterian Church where he served as an Ordained Elder, served on the Board of Trustees and Board of Ushers. He also had a beautiful voice and sang with the Third Presbyterian Chancel Choir for over two decades traveling to Europe to sing at Saint Paul’s Cathedral in London in 2005.