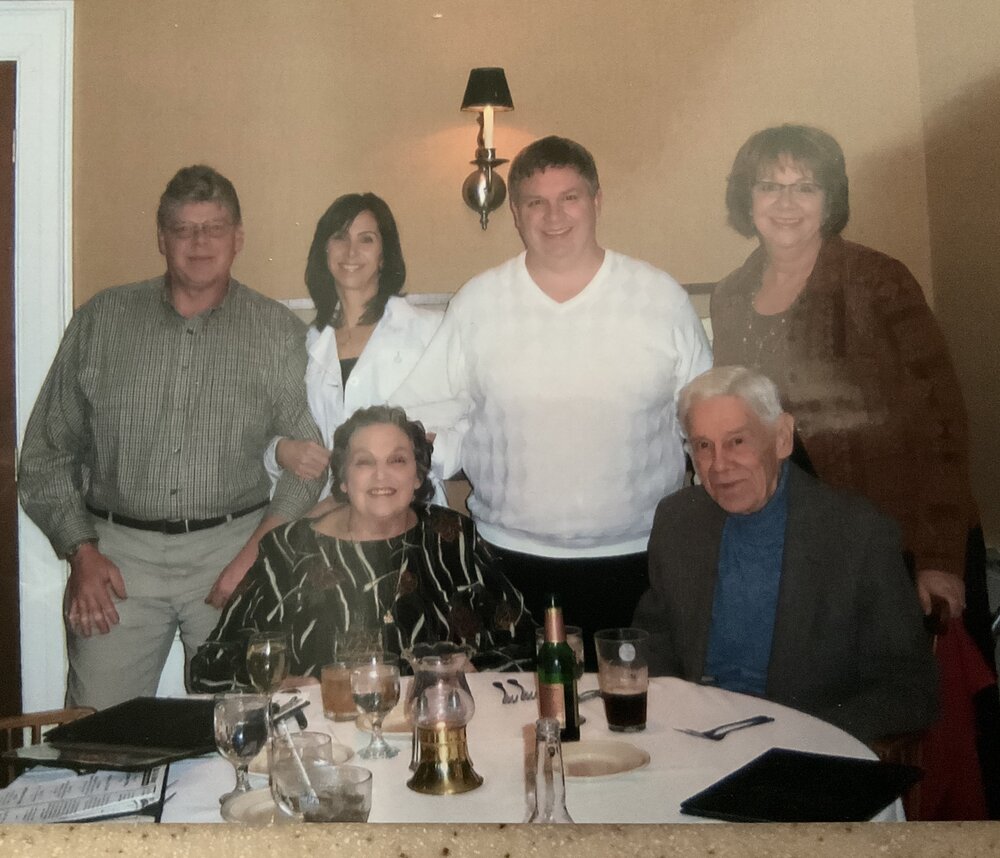 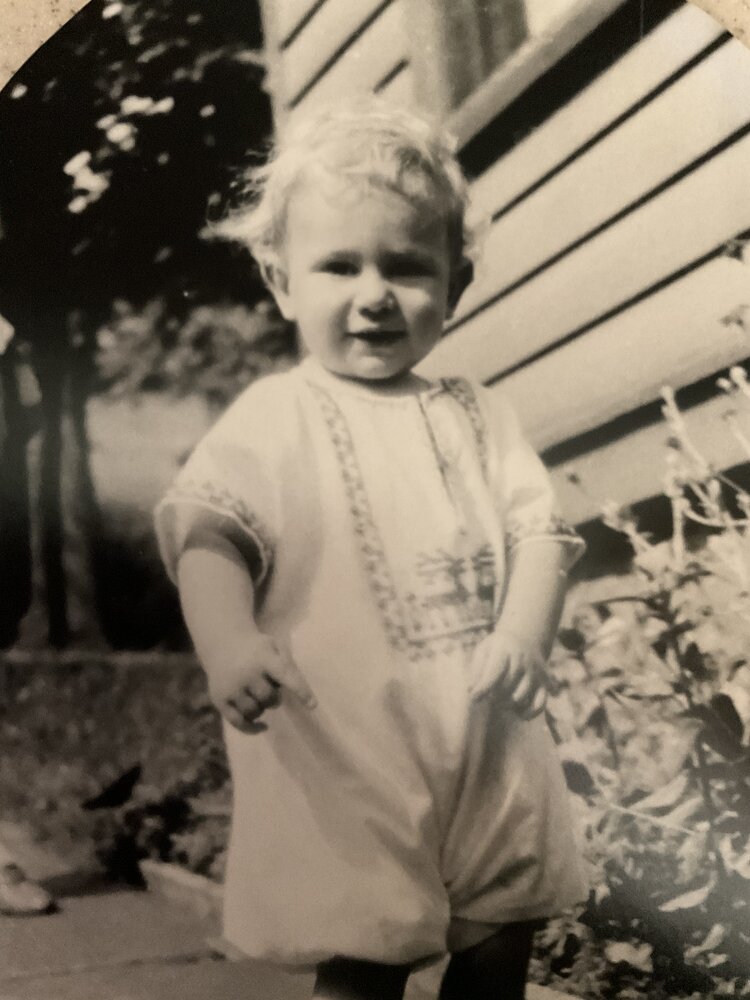 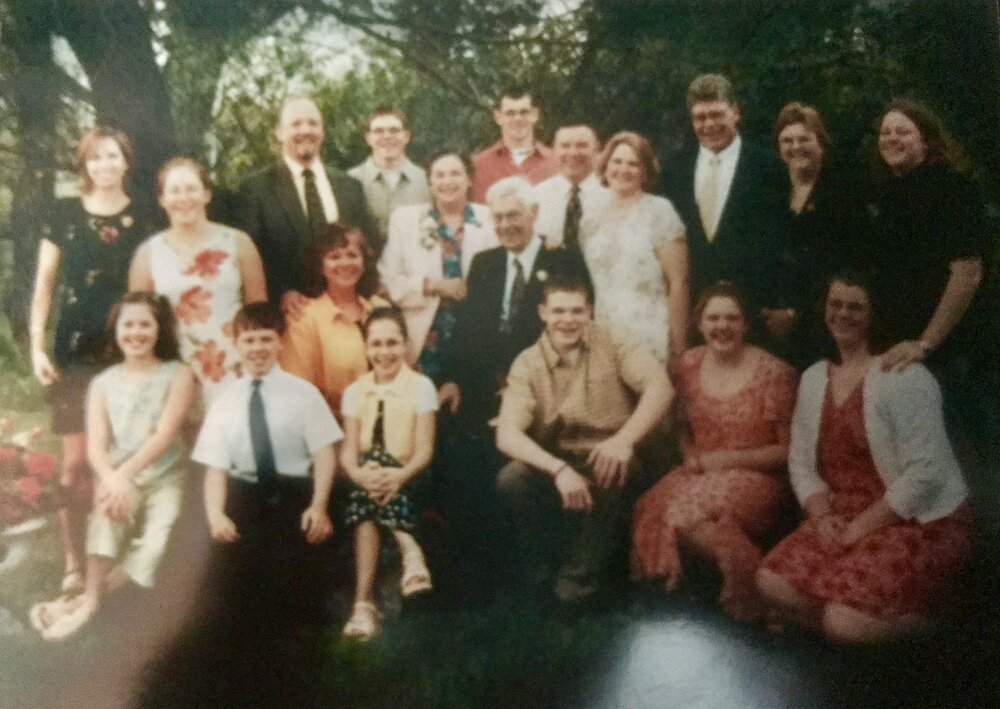 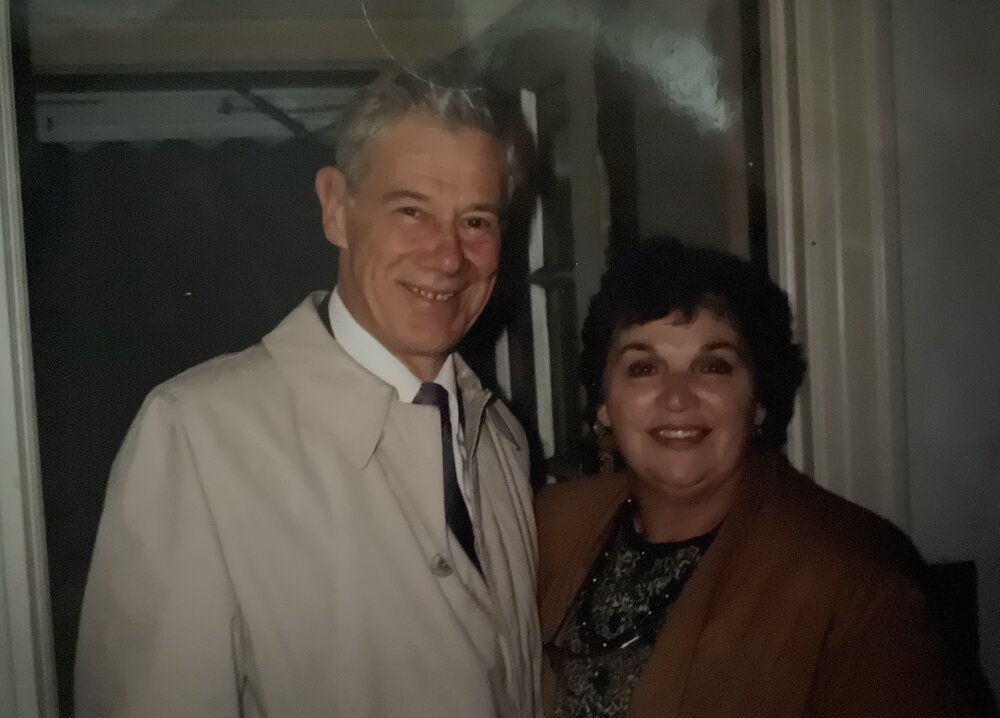 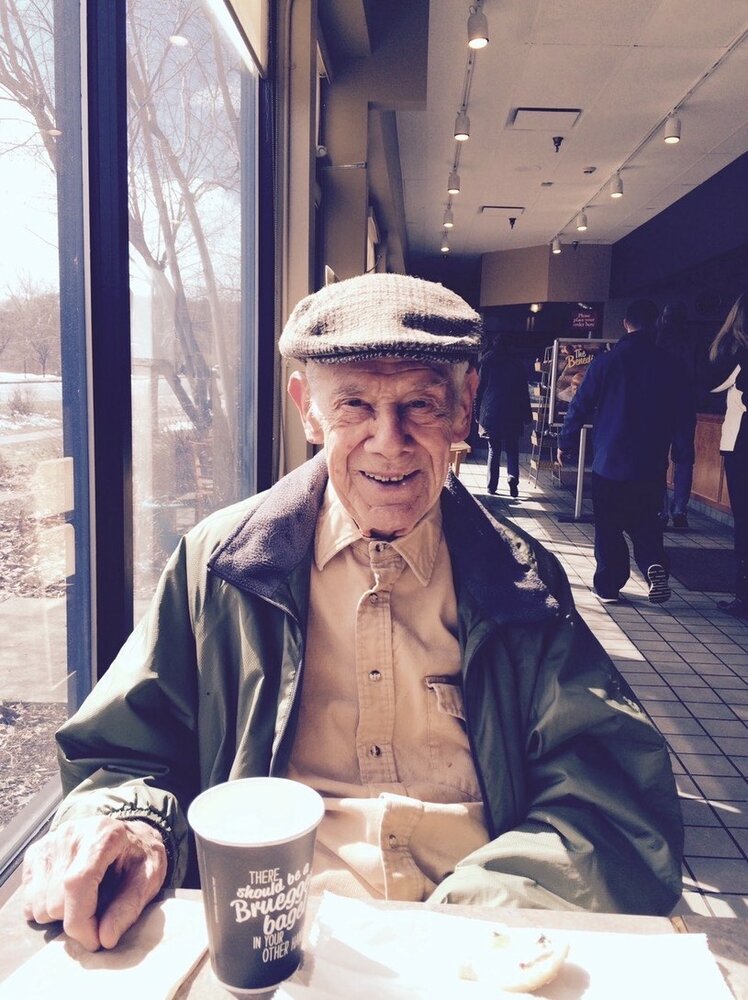 William Hannon (Pop Pop) was born in Brooklyn in 1926.  The eldest of seven children he joined the Navy in 1944 at the age of seventeen.  He was training to be a naval pilot in the war efforts when the war ended.  He attended Brooklyn College and Pace University to earn his Accounting degree.  He married Joan in 1952 and had four children, Marleen, Daniel, Mark and Elizabeth Ann.  He worked at several corporations in Rochester and retired as the Comptroller at Precision Grinding and Manufacturing.

He was a devoted family man and always prioritized family life and activities over work or play.  There are many fond memories that the family has of him at backyard picnics with the Galinsky’s, New Years Day dinners with the Higgin’s, and parties with the Kings and the WPA (Wayward Parents Association) in Jamestown.

He took up golf in mid-life and enjoyed many outings with his sons, grandsons and friends.  He participated in “Men’s Weekend” at the cottage, although when the festivities got loud, he often retired to a quieter room.

He took great joy in his grandchildren and attended many concerts, graduations, performances, and birthday parties.

His wit and dry sense of humor has been passed on to all his children.

His Catholic faith brought him much peace and joy, and he was a faithful follower of the Church’s teachings throughout his life.

He will be missed and forever loved, but his family takes great comfort in knowing that he is resting in the Arms of God.

No prior calling. William's Funeral Mass will be celebrated Friday 11AM at St. Joseph's Church, 43 Gebhardt Road, Penfield. Interment private. In lieu of flowers kindly consider donations to Open Door Mission in his memory.