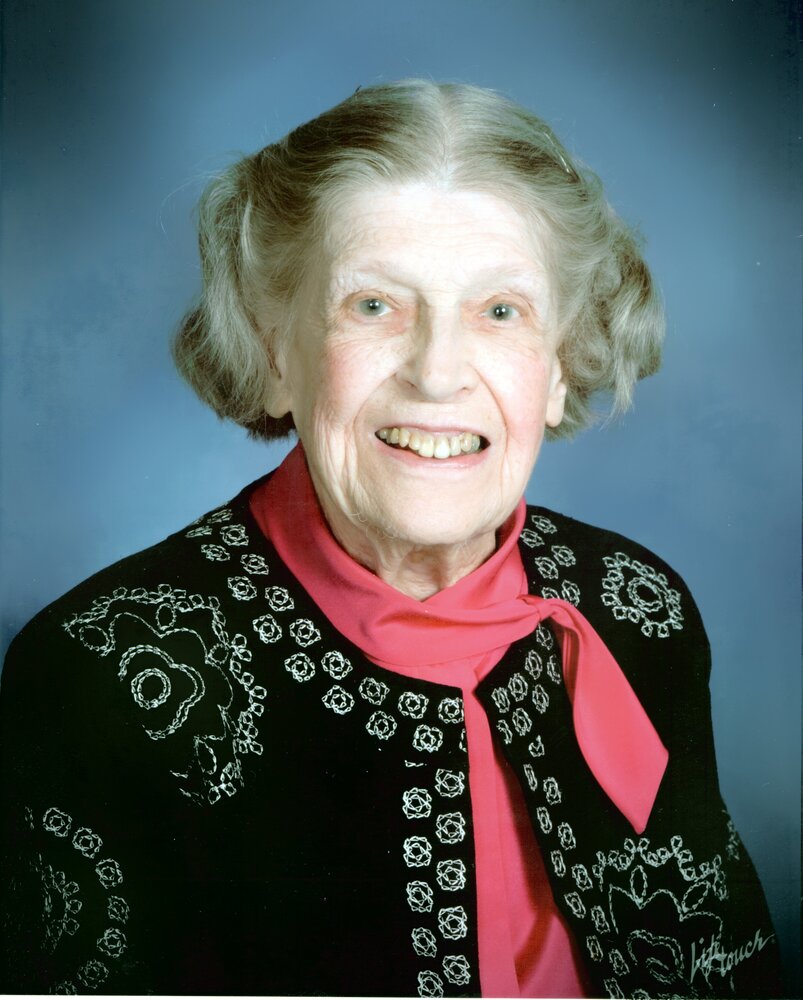 Margaret Lois Seifert Slack age 99 of Penfield, New York passed away peacefully in her home on Easter morning April 17, 2022. She was born to the late Harry and Alice Seifert on March 20, 1923 in Troy, New York. She was laid to rest in Oakwood Cemetery in Troy, New York.

Margaret was Salutatorian of her graduating class at Troy High School. She received her Bachelor of Science in Business from Russell Sage College class of 1945 and was employed in the field of accounting. Margaret was happily married in 1947 to the late Wayne H. Slack of Waterbury Center, Vermont. They were blessed to celebrate 59 years together. Margaret was predeceased by her brother Dr. William W. Seifert of Wellesley Hills, MA. She is survived by her three children Ginny Rae Moran (Dan) of Rexford, NY, Carol Margaret Maher (Rob) of Penfield, NY and Wayne W. Slack (Mary) of Penfield, NY, 9 grandchildren Brian, Sarah and Curtis Wayne Moran, Jason (Keila), Corey and Laura Maher and Rachael (John Patton), Rebecca and Amanda Slack and 4 great-grandchildren Mariana and Lucia Maher and Hailey and Annabelle Patton, dear sister-in-law Christine Brooks, nieces and nephews.

Margaret devoted her life as a loving mother to her three children and was so proud of them and their families. She and her husband Wayne enjoyed riding in their fleet of antique cars and were members of the Genesee Valley Antique Car Club. Margaret accompanied her husband to many Masonic, Grotto, Shriners and American Legion events and she was a member of the Order of the Eastern Star.

Margaret and Wayne were faithful members of Penfield United Methodist Church. Everything Margaret was and did embody a Christ-filled life. She served on the board of the church preschool and was their treasurer for many years.

Margaret was an integral part of her grandchildren’s lives and loved doing jigsaw puzzles and playing card and board games with them as they grew older. They adored her as did her great-grandchildren.  She cherished them all.

Margaret saw and lived through so many changes in the world in her 99 years. She remained steadfast as she embraced and accepted it all with grace. She was thrilled to take part in new experiences with her grandchildren whether she was tasting exotic cuisine for the first time or riding on an antique tractor in a parade at age 98. Margaret was witty, active and vibrant up to the time of her death.

A celebration of Margaret’s life will be held on Saturday, June 18th at 10:00am at Penfield United Methodist Church, 1795 Baird Road, Penfield, NY 14526. There will be a memorial reception at 11:00am to greet her family and friends.

In lieu of flowers the family is requesting donations in support of the Alzheimer’s Association Rochester and Finger Lakes Region Chapter, 200 Meridian Centre Blvd., Suite 110,

Share Your Memory of
Margaret
Upload Your Memory View All Memories
Be the first to upload a memory!
Share A Memory