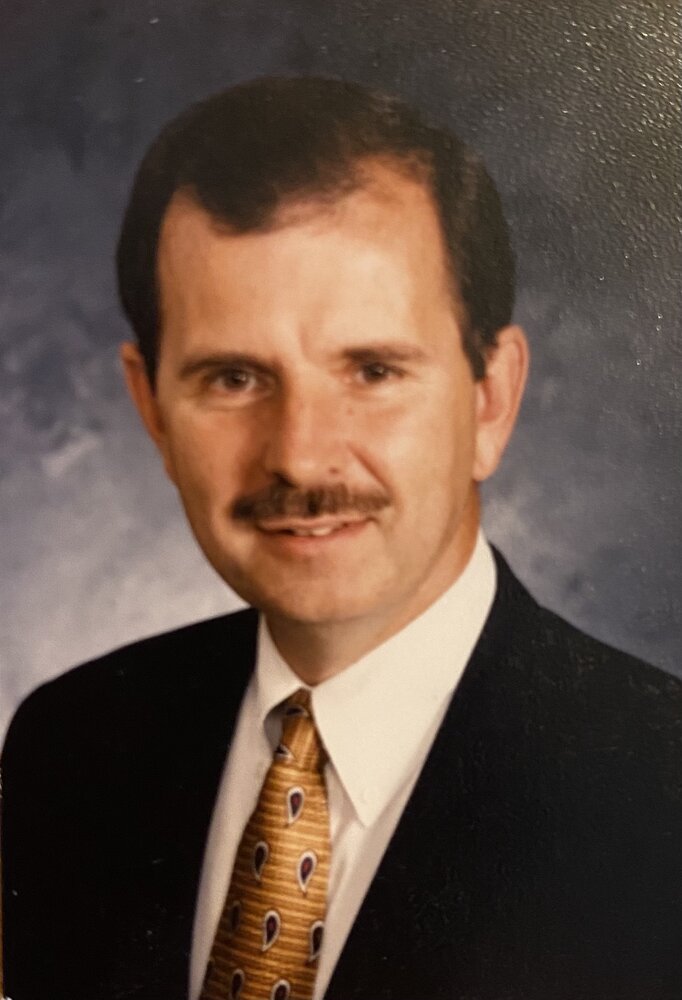 Print
Loading...
L
Louie Masi posted a condolence
Michael C. Bida – My Super Man Michael was a lot like Clark Kent, the public face of Superman. Reserved, soft spoken, always impeccably dressed, impossible to rattle and just another nice guy in the room. However, the deeds of Michael are much more spectacular, just like Superman deeds. Michael Bida is my Super Man because of the impact he had on my life and family. Michael along with me and three other friends started at Kodak as computer programmers. We hung out together and were all good friends. One day Mike came to work and told us he was leaving programming to work as a technical resource for a Marketing Division. He was moving from the cubicle and a monitor to the real world of interfacing with Kodak sales people and their customers. Over the next year or so, one by one we all followed Michael, changing the path our families would take. After a year or so, Michael moved into sales. Since many sales people were not technical enough to sell directly to Data Processing Managers, they took Michael along to actively participate. My Super Man figured out he could make a lot more money selling to rather than supporting customers. Over the next year or so we all followed Michael into sales. Finally, marketing executives realized people like Michael C. Bida could be a valuable resource in developing products that were becoming more and more technical. He moved to Rochester to assume a product development role. One by one we all eventually joined our Super Man who led the way. For me personally, those career changes where I followed Michael’s path provided me and my family great opportunity and a great life. He was our Super Man. But, as it was with Superman, there was a nemesis, Kryptonite. Parkinson’s disease invaded his body and caused him physical weakness. However, Michael fought as hard as he could to lead a normal life. Even at the end, every once in a while, the real Michael would peak through the curtain of Parkinson’s and appear to be okay. I believe it was his way of telling us, “I’m okay. I will always be here for you. Think about me and I will provide you guidance”. I left this last section out of the eulogy because I wanted to end the service on an upbeat note asking people to describe their version of Michael, our Super Man. I encourage each of you to write a personal story on how Michael was your Super Man. His kids likely will learn about it the first time because Michael was not a bragger. Certainly, his grand-kids will learn something about their grandpa. Their moms and dads can print them out and save the Super Man feats so when they learn to read, they can learn about their grandpa, a great, Super Man.
Please wait
Share Comment
M
Michael Maxwell posted a condolence
I came to know Mike in 1984 first as a colleague and then as a friend. He was great at both to me. As a colleague, his integrity was absolute, his demeanor always friendly, good to work with, a wry humor with kindness, and technically astute leading to his reign as "Mr. Scanner" helping BIS/DI grow into a market leader. He was renown in the industry among all manufacturers. As a friend we shared many laughs, memories and fun times together often with our wives. He loved his family and cared deeply for his children...joyous with their achievements, patient and mentoring when needed...a great parent. He had good sights on people and his perspectives helped me. Even at the VA, his attitude was upbeat and a bright smile! I wish dearly that I could have seen him again at the VA but could not for Covid.
Please wait
Share Comment
G
Gerry Magin uploaded photo(s)
/public-file/548/Ultra/1feaa911-4501-4317-b6ac-3fcfa802a551.jpeg 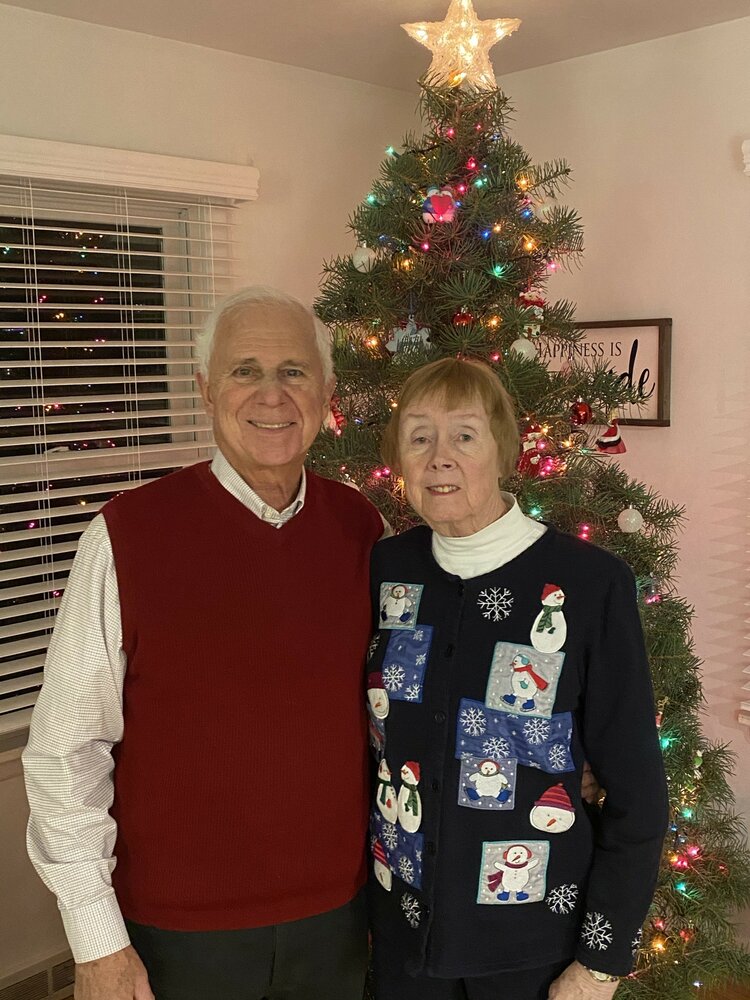 Vicki, I am very sorry to hear that Mike has passed away. I remember the fun times we had in Penfield Gardens especially Mike trying to keep you from entertaining us too much with your lively personality. Mickie and I always enjoyed getting together with you and our neighbors. Mickie also very much enjoyed your morning and afternoon get togethers; you always brightened her day. I really miss her since she is passed on last year. I’m sure you know the feeling of the loss. I always enjoyed Mike’s and my occasional meeting at Kodak Office. We would catch up on what our Families were doing i.e. How you, Morgan and Katie were doing and asking about Mickie and our Boys. Mike will be missed. Always the Gentleman and always quick to show his interest on how things were going in our lives. My prayers are with you and hope the transition goes as best as possible. Gerry
Please wait
Share Comment
J
John Salviski uploaded photo(s)
/public-file/537/Ultra/e3816b77-6015-4064-ac77-0af63473ba60.jpeg 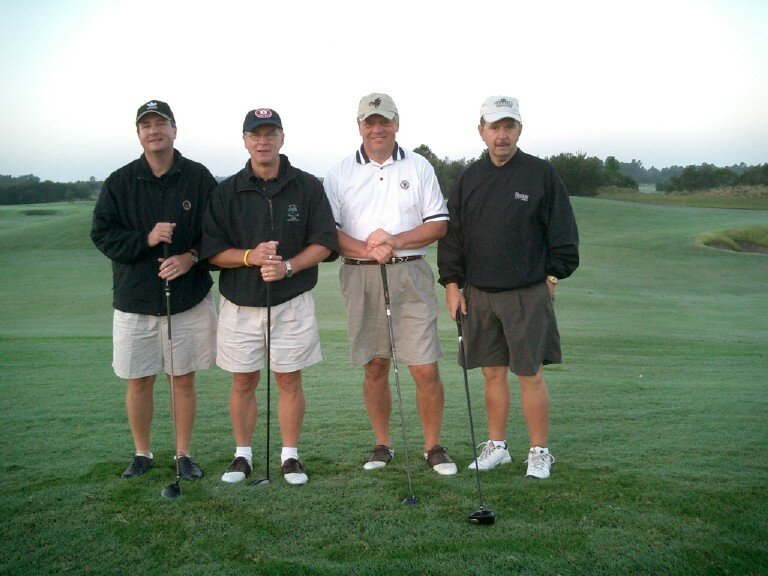 My life is much richer having known Michael. Both working together at Kodak and playing golf in Ireland and both his and mine Member Guest events. Michael was a great friend and will be missed but will be remembered for the quality friend he was.
Please wait
Share Comment
R
Roger Blackstock posted a condolence
Michael was a dear friend, a Kodak colleague, and a cherished golfing buddy. His wit and dry humor always helped to remove the pain and embarrassment from those errant golf shots! Customers loved Michael for his professional knowledge, sincerity, and genuine concern for their well being and success. He was a loyal, faithful husband to Vicky and a proud, loving father to Morgan and Kate, whom he so often spoke. Michael is sorely missed, although those who knew him will never forget his honesty, the appreciation he showed for others, his humor, and his invigorating laugh that always brought a smile to those around him! I’m confident Michael is enjoying the heavenly golf lands. I hold his memory in my heart and praise his example of vita bene vixit (a life well lived).
Please wait
Share Comment
L
Lisa M Kneut posted a condolence
I was Mike's caregiver from Comfort Keepers for 3 years - up until Covid closed the doors at the VA. I have missed him dearly, sent cards every few months. I was disheartened when the last one was returned. I know how much he loved his family. He was also truly cared for by the staff and other residents. My sincerest condolences to his family. Sincerely, Lisa Kneut
Please wait
Share Comment
H
Herbert Bowman Jr lit a candle
//s3.amazonaws.com/skins.funeraltechweb.com/tribute-gestures/Candle.png

Share Your Memory of
Michael
Upload Your Memory View All Memories
Be the first to upload a memory!
Share A Memory