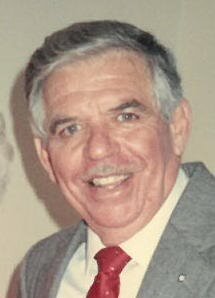 Otto C. Mechler was born and raised in Rochester, New York and remained a proud and active member of the Penfield community throughout his entire life. He was a Veteran of the U.S. Army and served in World War II in Europe. He was a member of the Braman American Legion Post #1229 and a member of the Veterans of Foreign Wars Post #8495. He married Elizabeth “Betty” Pugsley on September 1, 1950 and they raised their four sons in Penfield.

Family and friends are invited to call at Jennings, Nulton & Mattle Funeral Home at 1704 Penfield Road, Penfield on Monday December 20, 2021 from 3pm-7pm. Otto’s funeral service will be held at the same location on Tuesday December 21, 2021 at 10am. Those wishing to attend the service virtually can join here: https://client.tribucast.com/tcid/8329940833. Interment will be at Oakwood Cemetery, Penfield, immediately following the service.

In lieu of flowers, please consider a donation to the Penfield Fire Company or the Camp Haccamo Foundation in honor of Otto.

Share Your Memory of
Otto
Upload Your Memory View All Memories
Be the first to upload a memory!
Share A Memory