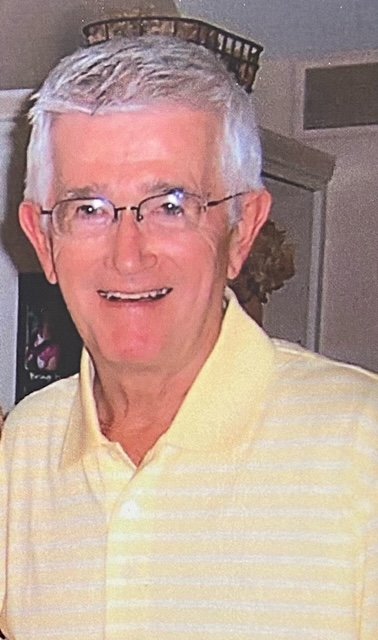 Jack passed away on Tuesday May 18, 2021 at the age of 78.  Jack is a two year survivor of pancreatic cancer. He was predeceased by his parents Margery and David Kench and his brother Dean.  He is survived by his wife and best friend of 39 years Ginny and his family; daughter Kim (Randy) O’Neil, son Nate (Theresa) and son Jon.  His six grandchildren; Joey, Danny, Rebecca, Abby, Sarah and Shawn.  All of whom he loved dearly.

Jack was born in Jamestown, NY and grew up in Lakewood, NY.  He attended Eastern Kentucky University on a tennis scholarship.  Upon graduating , he went to work for Liberty Mutual Insurance Company where he spent his entire 32 year career in underwriting and commercial insurance sales.  After retiring, he volunteered at Compeer for several years.  He and his wife volunteered for over 10 years in his son Nate’s first and third grade class at Helen Barrett Montgomery School in the City of Rochester.  Jack also was president of the Shadow Pines Homeowners Association for 16 years.  The neighborhood was of great support and friendship to him.

Jack was a sports enthusiast.  He was a loyal Cincinnati Reds and Bengals fan.  He was an accomplished tennis player and 39 year member of the Tennis Club of Rochester where he developed many lifelong friendships.  During golf season Tuesdays and Fridays were dedicated to playing with his golf buddies and trying to win some of their money.  Early on Sunday mornings he had a ritual of taking chocolate bars out to his female golf buddies on the sixth tee at Shadow Lake.  Of course, a hug was required to get the chocolate. Bowling season had him bowling in two leagues with his son and other good friends for many years.  He accomplished a 300 game which he was very proud of. The Eastside YMCA was also almost a daily part of his life for many years.

Jack is a loyal, generous and kind person.  He is well known for his upbeat personality and his distinctive voice that was heard far and wide.  He enjoyed having a good time and making friends wherever he went.  His wish would be that his family and friends remember all the good times and a life well lived.

The family would like to thank his Wilmot Oncology Team and his UR Home Hospice Team and caregivers.  (Caroline, Jill, Andrew, Kendra)

A Memorial Services will be held at Asbury First United Methodist Church, 1050 East Avenue, Rochester, NY 14607 on June 4, 2021 at 11:00 am. In lieu of flowers, please consider donating to the following charities or a charity of your choice in Jack’s memory:

Share Your Memory of
Jacky
Upload Your Memory View All Memories
Be the first to upload a memory!
Share A Memory