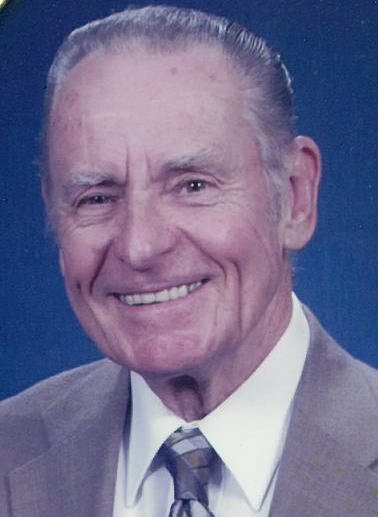 Ronald Friedrich Bohn March 9, 1927- January 21, 2021 Ronald was called home to be with the Lord on Thursday January 21, 2021 from COVID-19. Ron was born in Chicago, Illinois on March 9, 1927. As a young child he spent a number of years in Germany due to his grandfather's illness. Upon returning to the United States the family moved to Queens Village, NY. Moving on, after the death of Ron's dear wife Elsie, Ron would eventually meet and marry Mary Bundschuh on December 27, 1975. Ronald is predeceased by his parents, Karl and Helene Bohn and his late wife, Elsie Jannen. Ronald is survived by his loving wife, Mary; son, Gary (Cheryl) Bohn; granddaughter, Bridgette (Joel) Blitch; grandson, Anthony Bohn; great-grandsons, Ethan and Noah Blitch; sisters-in-law, Helen Soyk, Arlene Figler, June Bundschuh, Mildred Bundschuh, and Doris Bundschuh; brother-in-law, William Bundschuh; many nieces, nephews and friends. In lieu of flowers, please consider a donation to Faith Lutheran Church, 2576 Browncroft Blvd. Rochester, NY 14625. A Memorial Service will be held at a later date at Faith Lutheran Church. Ron was a humble man with a strong Christian faith. He loved his God, country and family. He had a contagious smile, a unique sense of humor. He loved the English language and had a wonderful way with words. Ron was a devoted loving husband, father, grandfather, great-grandfather and uncle. He enjoyed telling stories and loved children. He was proud of his heritage and spoke fluent German. Never a stranger for long, he will be sorely missed. Ron was a graduate of (Fort Schuyler) New York State Maritime Academy (Class of '46). He served int he Navy during the Korean War and later worked for Lufthansa and the National Cargo Bureau NYC. While at NCB Ron specialized in arranging the transportation of cargo on large ocean vessels as the Hazardous Material Administrator. He worked closely with the Coast Guard to advance the goals of the Coast Guard's packaged hazardous cargo safety program. Ron was awarded the Meritorious Public Service Award by the U. S. Coast Guard. Besides many insightful articles, Ron also authored the book, Hazardous Materials and was published in "Brandon's Shipper and Forwarder" November 1982 through December 1984. Hopefully we can look forward to sharing more memories of Ron at his memorial.

Share Your Memory of
Ronald
Upload Your Memory View All Memories
Be the first to upload a memory!