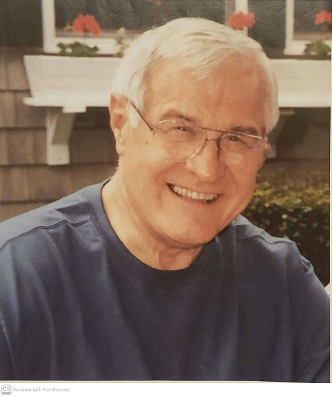 Thomas T. Reczek, aged 84, of Rochester, NY passed from this world with his wife by his side on January 11th, 2021 after long and courageous battles with cancer and many other challenges to his health throughout the years.

Tom was born on May 23rd, 1936 to Aniela and Andrew Reczek in Rome, NY. He attended Mohawk Community College, where he earned a degree in Electronics and in 1957 started working for General Dynamics, assigned to Strategic Airforce Command at March Air Force Base in California. In 1960 he transferred to Germany and Turkey to oversee classified field sites, serving as liaison between U.S. Military and German personnel. During this time, he also served four years in the US Naval Reserve and was honorably discharged in November 1962. Following his return to the US in 1963, he continued working for General Dynamics in Rochester, NY and received an Apollo achievement award for his contributions to the Apollo space program that ultimately culminated in man’s first landing on the moon in 1969. He later changed careers and went on to work at Highland and Strong Memorial Hospitals, and the private jet company, Page Avjet, where he held Senior Director roles in purchasing and procurement. Following this, he then went on to lead yet another successful career in real estate sales.

In 1961, he met and fell in love with Ute while working in Hof, Germany. They were married on February 8th, 1964 in Rome, NY, and went on to have three children, Steve, Tim and Dave.

Tom loved scuba diving in his younger years, was an avid fisherman throughout his life, and had a special place in his heart for the Adirondack mountains where he built a cottage near Old Forge, NY with the help of many friends and family, and where many fond memories were, and continue to be, made over the years. He served as President and was a 40 year member of the Penfield, NY Rotary club.

Tom is survived by his wife - his best friend for 56 years, his three sons, his daughters-in-law Sara, Cosette and Jeanine, six very beloved grandchildren - Megan, Jonna, Elizabeth, Thomas, Caleb, and Cana and his sister Jean.

The family wishes to sincerely thank the Rochester General Hospital Pulmonary Hospice Care team for providing such kind and compassionate care for Tom in his final hours.

Interment will be private at White Haven Memorial Park. Tom's Memorial Mass will be celebrated Saturday, June 19, 2021 11AM at St. Joseph's Church, 43 Gebhardt Road, Penfield. Those wishing to attend via livestream please visit: https://www.sjcpenfield.com/online-ministries. In lieu of flowers, please consider a donation to Rotary International or the Lipson Cancer Center in Rochester, NY.

Share Your Memory of
Thomas
Upload Your Memory View All Memories
Be the first to upload a memory!