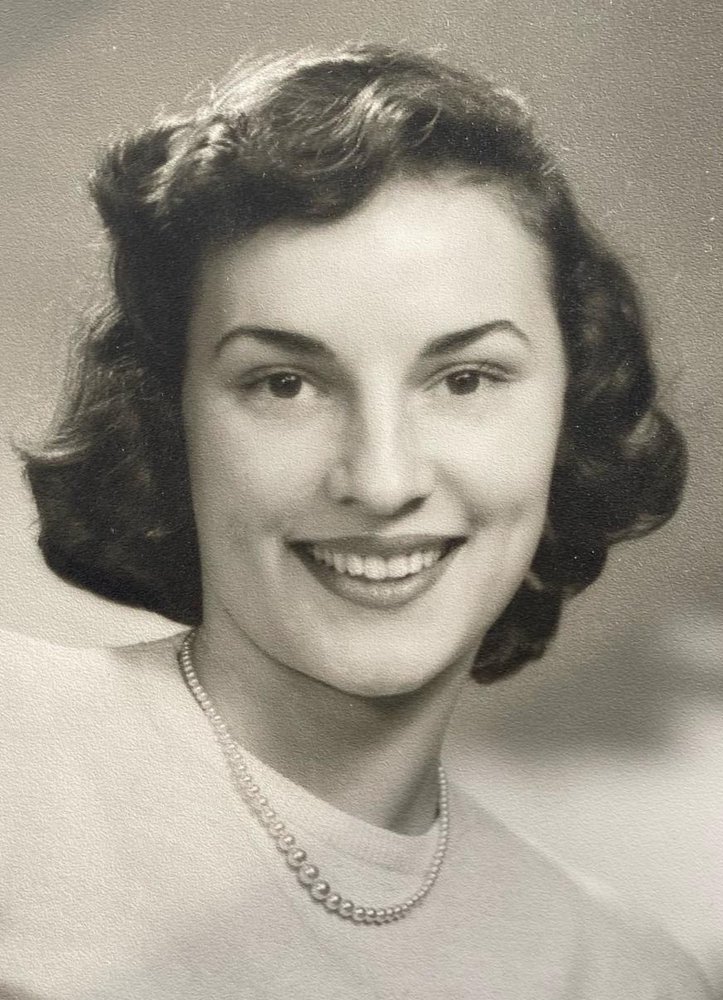 Sally Dotterer, 87, died peacefully on October 26, 2020, at the Fairport Baptist Home, Fairport N.Y. of Alzheimer’s-related causes. She was born in Syracuse, NY on July 15, 1933 to Frances and Frederick Mastine. She was a graduate of The Convent School (Franciscan Academy). Sally and husband Robert A. ‘Bob’ Dotterer were married in 1953 and had been married for 45 years at the time of his death. They settled in Syracuse following Bob’s active Marine Corps duty and raised their five children there. Sally led an active social life and made lifelong friends at Sedgwick Farms Tennis Club, in her longstanding bridge club, and later in Singer Island, FL, where she and Bob enjoyed the extended golf and tennis season with friends, while looking forward to visits from family. Sally cherished time spent with her grandchildren, hosting holidays and popcorn pajama parties, baking and crafting, attending their sporting events, and absolutely dominating them all in Boggle competitions and Racehorse Rummy. Her quick wit, loving squeezes, and beautiful smile will be missed by all. Sally was predeceased by her loving husband, Bob; eldest son David; brother Pierre Darcy; and sisters, Maureen Orsini and Fredericka Mastine. She is survived by her daughters, Robynn (Terry) Demaline, St, Petersburg, FL and Rebecca (James) Lowery, Buffalo, NY; sons, Neal (Megan), Macedon, NY and Eric, Maui, HI; daughter-in-law, Lori Dotterer, Manlius, NY; brother, Frederick ‘Tad’ Mastine, Dewitt, NY; and several nieces and nephews; grandchildren, Delaney (Adam) Grieco, Nenagh (Shawn) Kent, Clare (Dave) Saxton, Neal (Nicole), Collin (Alyssa), Evan and Robert Dotterer; and the great-grandchildren she would have adored had she truly known them, Charlotte and Sam Grieco, James and Dylan Kent, Gus Saxton, and Ellie Grace Dotterer. A special note of thanks to the staff and care providers at Fairport Baptist Home, who took such good care of our beloved mother and grandmother in her final years. No calling hours or services will be held due to Covid-19. Memorial gifts can be made to the Alzheimer’s Association, 435 E Henrietta Rd, Rochester, NY 14620

Share Your Memory of
Sally
Upload Your Memory View All Memories
Be the first to upload a memory!
Share A Memory