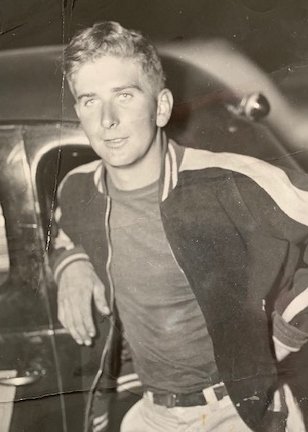 Harold R. DeWitt of Fairport, formerly of Macedon, entered into rest on 6/10/2019 at 85 years old. Beloved husband of Patricia "Pat" for 61 years. He is also survived by his loved sons, Thomas (Robin) and Donald (Christine); adored granddaughters, Stacey (Thomas) Stauffer and Courtney (Joseph) Letta; along with six very special great-grandchildren, Hunter, Seth, Leah Stauffer, Sadie, Joey and Jackson Letta; nephews, Douglas, Peter (Pauline) and Jon DeWitt; brothers-in-law, Chris (Louise) and Eric (Lisa) Jensen. Predeceased by brother, Gordon (Evelyn) and nephew, Larry.  The family would like to thank the RGH staff and doctors and Lifetime Care for their care of Harold.

Harold was a former Superintendent of Public Works in the Village of Fairport, a member of Macedon Center Fire Department where he served in many offices, including Chief. He loved playing euchre on Thursdays and watching NASCAR. Harold was a stock car driver at Spencers when they opened and later became a flagger for a few years. He was President of Macedon Chamber of Commerce, first to hold the office for more than one term, one of the founders of Greater Macedon Days and was Citizen of the Year in Macedon. While he was Superintendent of Public Works, he was one of the founders of the Village Association of Public Works in Monroe County and he started the Village Equipment Show that has continued for 37 years. He was still active in Highway Associations in Wayne, Ontario and Monroe Counties and Village Associations. Harold also started the John Deere Dealership at the home on Kittering Road in the early 70s. He loved his family, friends and life itself. In his words, “I never met a friend I didn’t like.” And I, as his wife, believe it was vice versa.

Share Your Memory of
Harold
Upload Your Memory View All Memories
Be the first to upload a memory!