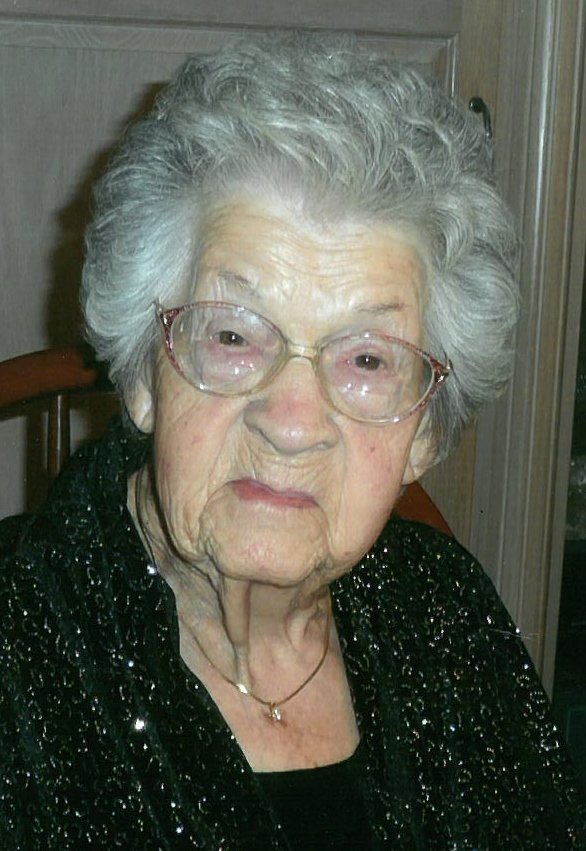 Madeline Burdick Turner of Penfield was born December 17, 1907 in Andover, NY and passed away peacefully at Aaron Manor in Fairport, NY on June 24, 2018 at the age of 110. She married Howard Turner in Alfred Station on May 1, 1926.  Madeline was predeceased by Howard in 1990 and her daughter, Theresa Young in 1997.  She is also predeceased by sons-in-law, John Young, Richard Simon and Peter McDonnell and daughter-in-law, Delores Turner.

Madeline is survived by her son, James of Florida; daughters, Arlene Simon of Webster and Beverly McDonnell of Penfield; as well as 10 of her 13 grandchildren; 28 great-grandchildren; many great-great-grandchildren, nieces and nephews.  Madeline and her family moved to Rochester during the depression, where both she and her husband were employed for many years by Eastman Kodak.  Upon retiring they enjoyed 20 years in Florida and traveling the country in their Airstream.  After Howard's death Madeline moved to Penfield to live with Beverly and Peter.  She became active in the Penfield Community Center, where she was a regular euchre player and made many treasured friends.

The family wishes to thank the staff of Heathwood Assisted Living and especially the staff of Aaron Manor for the care and affection she received at the closing of her life.

Share Your Memory of
Madeline
Upload Your Memory View All Memories
Be the first to upload a memory!